What are Your Chances of Beating a DUI Without a Breath Test? 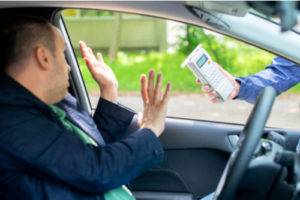 Defense attorneys across the country have repeatedly revealed the myriad issues related to breathalyzers that cause them to produce questionable results; yet, courts far and wide continue to treat them as the holy grail of evidence for alcohol intoxication in DUI cases. The breathalyzer test result is perhaps the most incriminating piece of evidence for anyone accused of DUI, especially if the result reveals a blood alcohol content (BAC) of 0.08 or higher. At 0.08 or higher, it isn’t necessary to prove actual impairment to gain a per se DUI conviction. This is one of many reasons attorneys who fight DUI charges always seek ways to challenge BAC results, so they may be prevented from being allowed as evidence against their clients in court.

Most people who are stopped for DUI understand that if they submit to a breath test, they’re providing the law enforcement agency with evidence they will use against them. Although there’s a penalty for refusing to take a BAC test, many DUI suspects do so anyway. In Florida, you will face an additional charge and penalty for refusing to submit to a BAC test because of implied consent laws. Those laws state that when you signed for your driver’s license, you also consented to take these tests when they’re lawfully requested. If you refuse, you will face a license suspension of up to one year for a first offense.

Is it worth refusing to take a breath test after a DUI stop?

Sometimes, refusing the breath test makes it easier to prevail in court, even though it may lead to a long-term license suspension. There are generally two ways a person is considered to have refused to take a breath test:

In either of the above scenarios, the police officer will note that the suspect refused the breath test; whether or not you intended to is irrelevant. The judge may dismiss the charge of refusing the breath test if you’re found guilty of DUI; however, it’s possible this charge will stick, even if the DUI itself is ultimately dismissed. The first step to protect your driver’s license is to challenge the DUI refusal in court to prevent the consequences that start soon after a charge for refusing to blow.

You may challenge a DUI administrative license suspension with the help of an attorney. Before your criminal case, you can attend an Administrative License Suspension Hearing, during which the court decides whether to suspend your license for refusing a breath test, and for how long.

Although it’s technically illegal to refuse a breath or chemical BAC test at the time of a DUI stop, preventing police from obtaining a key piece of evidence could help your case significantly. Without these test results, the court must rely on what may be inconsistent or questionable testimony from the arresting police officer and the results of field sobriety testing.

Though you might still face a driver’s license suspension if your Administrative License Suspension Hearing doesn’t conclude in your favor, it might still be possible to avoid jail time if there’s no concrete evidence of intoxication.

Consequences for Refusing a Breath Test in Florida

At The Law Office of Gabriel & Gabriel, Brain Gabriel has been helping people fight DUI charges throughout Palm Beach County for more than 30 years. He can’t tell you whether you should refuse a breath test at the time of your DUI stop, but what he can do is help you pull through this challenging time in your life. Brian’s goal is to fight to preserve your driver’s license and keep you from spoiling your future because of a single mistake. Attorney Brian Gabriel has extensive knowledge of toxicology testing and has led an effort in the county to prevent DUI BAC test results from being used as evidence in court after discovering a significant flaw in the machines used by Florida law enforcement agencies.

When you need competent and reliable DUI defense in West Palm Beach, turn to attorney Brian P. Gabriel. Learn how you can overcome your charge during a free consultation. Call 561-622-5575 or complete our contact form.